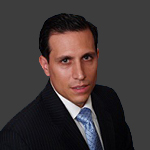 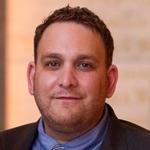 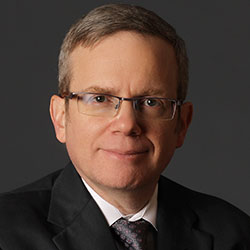 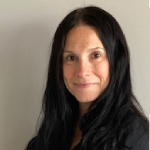 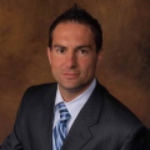 Joseph LoPiccolo represents clients in complex litigation, class actions and personal injury in state and federal courts. Throughout his career, Joseph has worked extensively on some of the largest and complex litigations in history.  Prior to co-founding Poulos LoPiccolo, Joseph LoPiccolo was an associate with the prestigious Manhattan law firm of Hughes Hubbard & Reed LLP, recently ranked #1 in the United States in the American Lawyer's A-List 2011 - 12. During his 8 years at Hughes Hubbard, Mr. LoPiccolo was a member of the Litigation Department, concentrating on a broad variety of complex litigation. Such matters included:

Since starting Poulos LoPiccolo with his partner, John Poulos, in 2011, Joseph has brought a number of class actions and individual cases on behalf of hundreds of thousands of consumers related to a variety of products and services.  Such actions include:

Specializing in real estate and class actions. Prior to co-founding Poulos LoPiccolo PC, John N. Poulos was an associate with the prestigious Manhattan law firm of Hughes Hubbard & Reed LLP, recently ranked #1 in the United States in the American Lawyer's A-List 2011 - 13.  Mr. Poulos worked at Hughes Hubbard for nearly 15 years where he was a paralegal, managing attorney's clerk and then an associate for 10 years. He represents lending institutions, buyers and sellers in residential and commercial real estate transactions in both New Jersey and New York.  He handles CEMAs, EMAs, 1031 Exchanges, FHA, VA, and short sale transactions. Mr. Poulos is also a member of the Litigation Department, concentrating on a broad variety of complex litigation. Mr. Poulos has also been selected for inclusion in the New Jersey Super Lawyers Magazine, "Rising Stars" for 2009 and 2010 for commercial litigation and construction law and selected as a Super Lawyer for 2019. Representative matters for Mr. Poulos are as follows:

Mr. Poulos is a 2001 Brooklyn Law School graduate where he was a Richardson Scholar and received his undergraduate degree from New York University in 1997. Mr. Poulos has also been selected for inclusion in the New Jersey Super Lawyers Magazine, "Rising Stars" for 2009 and 2010 for commercial litigation and construction law. John Poulos Lawyer in Oakhurst, Civil Litigation Defense Attorney NJ : Super Lawyers

Reuben Borman represents clients in diverse matters, including FDA regulatory compliance, collective bargaining agreements, and real estate transactions. Prior to working with Poulos LoPiccolo, Mr. Borman was an associate for 13 years at the prestigious Manhattan law firm of Hughes Hubbard & Reed LLP, which has spent 11 years on the American Lawyer’s A-List. During his 13 years at Hughes Hubbard, Mr. Borman was a member of the Litigation Department, focusing on complex litigation with a concentration in scientific, medical, and technical analysis, including:

Mr. Borman is a 2003 graduate of Columbia Law School (Stone Scholar, Forsyth Prize for Environmental Law) where he served as Executive Editor for the Journal of Environmental Law, and received his undergraduate degree from Yale University. Before attending law school, Mr. Borman was a software design engineer and worked for more than 7 years at Microsoft Corporation developing programming language software components, and at other companies. 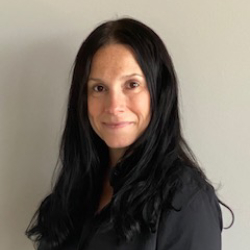 Jean Di Paolo represents clients in personal injury litigation including claims for injuries and damages arising out of motor vehicle accidents and premises liability in New Jersey State, New York State, and Federal Courts. Jean’s legal career, which began in 2003, consisted of handling thousands of personal injury cases, contract law, construction litigation, property damage claims and appeals. She has tried over 45 cases to verdict. Jean has also lectured at various insurance companies regarding both the prosecution and defense of personal injury cases. Jean has participated in teaching younger attorneys how to try a case in a classroom type setting.

Jean is a 2003 graduate of Pace University School of Law in White Plains, New York, where she taught and judged Moot Court and was on the Dean’s List. Jean received her undergraduate degree from Bryn Mawr College in Bryn Mawr, Pennsylvania prior to attending law school.

Anthony S. Almeida is a senior litigation associate at Poulos LoPiccolo, P.C. He has over a decade and a half of legal experience which has primarily focused on representing aggrieved workers in employment-related litigation. He has represented individuals and classes of individuals in state and federal courts and before various federal and state agencies. Mr. Almeida has also successfully briefed and argued a number of appeals before the New Jersey Appellate Division and the Supreme Court of New Jersey.

Mr. Almeida received his Bachelor of Arts degree from Rutgers University and his Juris Doctor degree from the Rutgers University School of Law – Camden. After law school, Mr. Almeida served for two years as a law clerk and attorney-advisor to the Honorable Janice K. Bullard, an Administrative Law Judge within the United States Department of Labor. Mr. Almeida then went into private practice primarily litigating employment claims on behalf of workers against their employers and former employers. Mr. Almeida has fully litigated legal actions in state and federal courts under various laws, including, but not limited to, the New Jersey Law Against Discrimination, New Jersey Conscientious Employee Protection Act, New Jersey Wage and Hour and Wage Payment Laws, the federal Fair Labor Standards Act of 1938 and the federal Family Medical Leave Act. Mr. Almeida has also pursued claims for wrongful termination of workers under other causes of action such as violation of public policy and workers’ compensation retaliation. Mr. Almeida has jury trial experience both on his own and as a second chair.