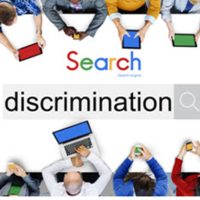 On November 21st, 2022, the United States Department of Labor (DOL) announced that Cooper Health System—a hospital and medical research center based in Camden, New Jersey—will pay $625,000 to resolve a case centering around allegations of gender discrimination and racial discrimination. The DOL reports that both job applicants and employees were affected by the violations. The employer reportedly paid female workers less than male counterparts and Black and Hispanic workers less than white counterparts. In this article, you will find a more comprehensive overview of the disability discrimination case.

Gender and Racial Discrimination in Hiring and Compensation of Nursing Positions

The underlying misconduct in this case purportedly occurred between January of 2016 and December of 2017. During that time, the DOL contends that Cooper Health System improperly discriminated against 64 nursing applicants and more than 330 employees. The DOL alleges that the employer engaged in both gender discrimination and racial discrimination in its hiring practices and compensatory practices. Specifically, female applicants/workers were affected and Black and Hispanic applicants/workers were affected.

The DOL determined that employees who were male and white were more likely to be hired and were compensated at a higher level. Notably, Cooper Health System is a federal contractor which subjects it to additional scrutiny by regulators. Without admitting or denying any wrongdoing in relation to the case, the New Jersey-based employer agreed to resolve the matter. The company is paying $514,463 in back pay along with more than $110,000 in interest to affected employees.

All employees deserve fair and equitable treatment in the workplace. Job applicants and workers in New Jersey are protecting against discriminatory practices under both federal and state regulations. Broadly defined, discrimination occurs when a job applicant or an employee is subject to unfavorable treatment because of a protected characteristic. Some notable examples of legally protected characteristics in New Jersey include:

Do you believe you were subject unlawful discrimination in the workplace in New Jersey? You have the right to file a complaint. Federal and state anti-discrimination laws—including Title VII of the Civil Rights Act and the New Jersey Law Against Discrimination (LAD)—bar employers from engaging in retaliation against workers. An employee punished for complaining about discriminatory practices can bring an additional legal claim for unlawful retaliation.

Get Help From a Workplace Discrimination Lawyer in New Jersey

By Poulos LoPiccolo | Posted on December 21, 2022
« Will My Personal Injury Claim Go To Trial?
Sports Injuries And Concussions: What New Jersey Parents Should Know »