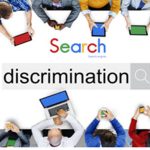 On November 21st, 2022, the United States Department of Labor (DOL) announced that Cooper Health System—a hospital and medical research center based in Camden, New Jersey—will pay $625,000 to resolve a case centering around allegations of gender discrimination and racial discrimination. The DOL reports that both job applicants and employees were affected by the… Read More »

The New Jersey Law Against Discrimination, N.J.S.A. 10:5-1 to -49 (the “LAD”), prohibits discrimination, harassment and retaliation in the workplace based upon a number of protected characteristics, including sex or gender. Discrimination on the basis of pregnancy has long been recognized as a form of “sex” discrimination because only one “sex” can get pregnant… Read More »

On April 24, 2018, the New Jersey Legislature passed the Diane B. Allen Equal Pay Act (the “NJEPA”) to amend the New Jersey Law Against Discrimination, N.J.S.A. 10:5-1 to -49 (the “LAD”). The NJEPA renders it “an unlawful employment practice, or, as the case may be, an unlawful discrimination …[f]or an employer to pay… Read More »