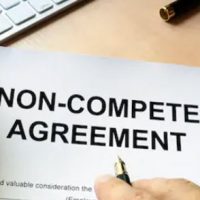 Employee Rights: What is a Non-Compete Agreement?

A non-compete agreement is a contract that prohibits an individual—generally an employee or an independent contractor—from engaging in pre-specified types of commercial (competitive) business activities after the end of their relationship with an employer. Businesses and organizations desire non-compete for many reasons—all of them with their own interests in mind.

Understanding New Jersey Law on the Enforcement of Non-Compete Contracts

However, the state does have a wide body of case law on non-compete agreements. As explained by the Supreme Court of New Jersey in the case of Maw v. Advanced Clinical Commc’ns, Inc., New Jersey common law requires a “multi-part, fact-intensive inquiry” to determine if a non-compete is enforceable. To be upheld in a New Jersey court, an employer must prove that a non-compete satisfies the following three-part test:

In other words, a non-compete agreement in New Jersey can be legally enforceable. Though, it will only be enforced against a former employee or independent contractor if the agreement is deemed to be “reasonable” in its scope. It has to both protect a valid commercial interest of the employer and treat the employee in a fair manner.

A Non-Compete Should Be Negotiated and Reviewed By a Lawyer

Non-compete agreements are complicated. The specific circumstances always matter. Before signing a non-compete contract, it is crucial that you consult with an experienced New Jersey employment law attorney. Your lawyer will be able to help you understand the terms of the agreement and negotiate on your behalf, if necessary. You do not want to end up stuck in an overly-burdensome or otherwise unfavorable non-compete agreement that undermines your professional career.

At Poulos LoPiccolo PC, our New Jersey employment law attorneys are skilled, experienced, and solutions-driven advocates for employees. If you have any questions or concerns about the validity of non-compete contracts, we are more than ready to help. Contact us now for a strictly confidential case evaluation. With an office in Ocean, we draft, negotiate, review, and litigate non-compete agreements in Monmouth County and throughout the surrounding areas in New Jersey.

By Poulos LoPiccolo | Posted on December 5, 2022
« Is Instagram Bad For The Mental Health Of Teenagers? Studies Say “Yes”
Will My Personal Injury Claim Go To Trial? »