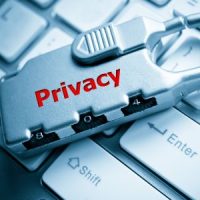 According to a report from Reuters, a federal judge from the United States District Court for the Northern District of California has approved a $90 million settlement in a case involving Facebook’s privacy violations. The social media was accused of improperly tracking users after they left the Facebook website. It is one of many lawsuits that Facebook—and its parent company ‘Meta’—have faced in recent years. Here, our New York & New Jersey Meta law attorneys discuss the settlement and the recent social media addiction lawsuits filed against Facebook and Instagram.

The lawsuit was originally filed against Facebook in 2018. As argued on behalf of the plaintiffs. Facebook was reportedly tracking “likes”, tracking users after they left the website, and then selling that information to third party advertisers. Notably, the particular type of tracking was not disclosed to consumers. The social media company agreed to settle the case for $90 million. That settlement has now been approved by a federal court in California. It is among the largest data privacy settlements in United States history.

Data privacy is important. There are state and federal laws that require companies—including social media platforms—to protect consumer privacy and/or disclose how they are using their information. Meta—the parent company of both Facebook and Instagram—is also facing some even more serious lawsuits for its role in harming teenagers through social media addiction. Here is what parents in New York and New Jersey should know about these lawsuits:

The social media lawsuits against Instagram, Facebook, and other social media platforms are still in their early stages. Our law firm is representing people and families harmed by the conduct of social media giants. If your child or teenager suffered mental health harm because of social media addiction, we are here to help you fight for justice and accountability.

At Poulos LoPiccolo PC, our New York & New Jersey Meta lawsuit lawyers are devoted advocates for justice. If your child or teenager suffered harm due to social media addiction caused by Facebook or Instagram, we are here to help. Contact us today for a no cost, fully confidential initial consultation. Our firm provides legal representation to families in New York & New Jersey.

By Poulos LoPiccolo | Posted on January 4, 2023
« Sports Injuries And Concussions: What New Jersey Parents Should Know
Suffered A Whiplash Injury In A Car Accident? What You Need To Know »